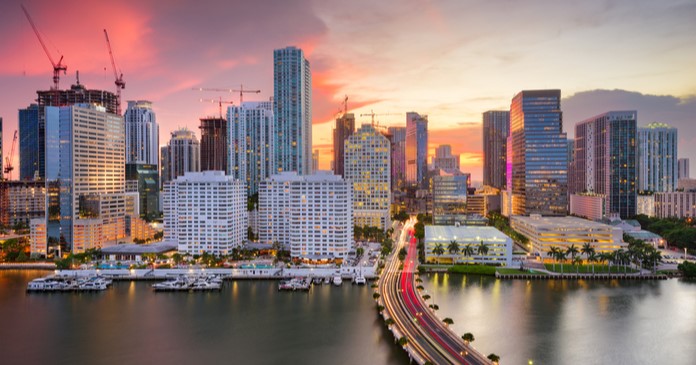 Yardi Matrix reported that the national average apartment rent rose $15 in April to $1,659 per month as rent growth declined slightly.

The national average apartment rent was up 14.3 percent in April from its year-earlier level, a slightly lower rate of increase than was reported last month. This was the second month in succession with a declining rate of year-over-year rent growth after the record high for the Yardi Matrix data set of 15.4 percent reached in February. Rents in the “lifestyle” asset class, usually Class A properties, rose 15.6 percent year-over-year, while rents in “renter by necessity” properties increased by 13.1 percent year-over-year.

The discussion section of this month’s report focused on the shortfall in the growth of housing compared to the growth in the number of households in the United States. It quoted economists who estimated that the country went from a housing surplus following the financial crisis of 2008-2009 to a deficit of between 2 and 5 million units today.

Many factors cited as contributing to the shortfall in new housing construction are familiar to those following this market: shortages of land, rising construction costs, regulations and NIMBYism. However, the report also lists more recent factors, such as the increasing numbers of older households choosing to rent, and the increasing numbers of potential homebuyers being excluded from that market by rising home prices and mortgage interest rates.

In a note that is either cautionary or hopeful depending on your perspective, the report also suggests that the country’s slowing rate of population growth and the rising level of construction of new homes means that the housing shortage is on a path to ending.

Yardi Matrix also reported on the top 30 metros for single family rentals. The leading metros for year-over-year rent growth were Orlando, Miami and Las Vegas. SFR rents were up over 50 percent from year-earlier levels in Orlando and up over 20 percent in each of the other two of the top three metros.

All 30 of the metros covered saw positive rent growth compared to year-earlier levels, although about half of the metros listed in the report saw occupancies decline year-over-year.