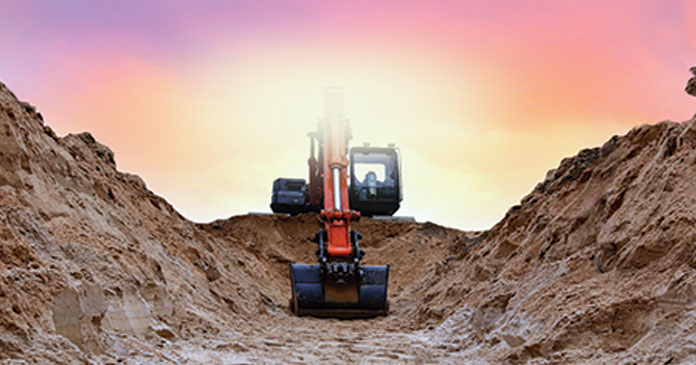 Permits for future U.S. homebuilding tumbled to a five-month low in April, suggesting the housing market was slowing as rising mortgage rates contribute to reduced affordability for entry-level and first-time buyers.

But the report from the Commerce Department in May also showed a record backlog of houses still to be constructed, indicating the moderation in homebuilding would be marginal.

Homebuilding was already constrained by soaring prices as well as shortages of materials. The housing market is the sector of the economy most sensitive to interest rates, with building permits a leading indicator for the sector.

“Housing construction appears to be undergoing a transition, with the sector caught between sharply rising mortgage rates and declining affordability on the one hand and supply-chain constraints on the other that continue to result in rising backlogs of projects,” said Conrad DeQuadros, senior economic advisor at Brean Capital in New York.

A survey showed the National Association of Home Builders/Wells Fargo Housing Market Index dropped to the lowest level in nearly two years in May. Builders blamed the fifth straight monthly decline in sentiment on soaring prices for building materials as well as rapidly rising mortgage rates.

The 30-year fixed-rate mortgage averaged 5.30 percent during the week ended May 12, the highest since July 2009, according to data from mortgage finance agency Freddie Mac. It has increased by more than 100 basis points since mid-March when the Federal Reserve started raising interest rates to cool domestic demand and bring down high inflation.

The U.S. central bank has hiked its policy interest rate by 75 basis points since March. The Fed is expected to increase that rate by half a percentage point at each of its next policy meetings in June and July.

“Higher mortgage rates would at a minimum create uncertainty over the path of housing demand and discourage builders from taking out speculative housing permits,” said Isfar Munir, an economist at Citigroup in New York.

Cooling housing demand was reinforced by a separate report from the Mortgage Bankers Association showing applications for loans to buy a home dropped 12 percent the second week in May from the prior week. They were down 15 percent on a year-on-year basis.

Stocks on Wall Street were trading lower. The dollar rose against a basket of currencies. U.S. Treasury yields fell.

Single-family homebuilding dropped in the Northeast, Midwest and the densely populated South, but rose in the West.

Starts for housing projects with five units or more surged 16.8 percent to a rate 612,000 units, the highest since April 1986. There is a huge demand for rental apartments.

Though the rental vacancy rate rose in the first quarter, it remains close to the low levels seen in the mid-1980s. There is room for further gains in multifamily housing construction, with permits running ahead of starts.

Despite the second straight monthly decline in overall starts, homebuilding remains underpinned by record low housing supply. The number of houses approved for construction that are yet to be started rose 0.7 percent to an all-time high of 288,000 units in April. The single-family housing backlog was the largest since June 2006.

“The housing market remains undersupplied, there is a significant housing supply shortfall which will not be restored in the near term,” said Abbey Omodunbi, senior economist at PNC Financial in Pittsburgh, Penn.