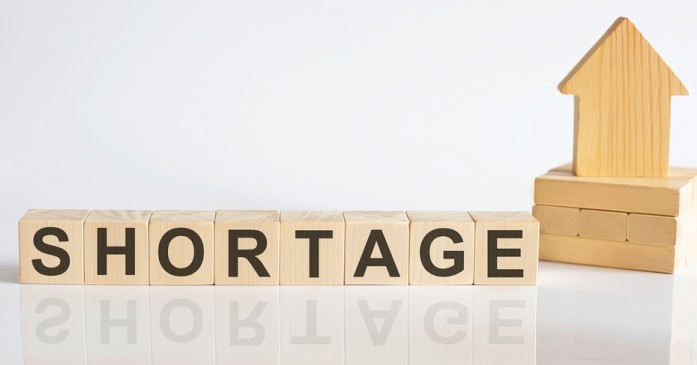 The Biden administration recently announced its plan to solve the nation’s housing shortage, which includes creating more affordable housing. The 13-page Housing Supply Action Plan promises to increase housing supply across the nation, eradicating the nation’s shortfall within five years. It follows through on a key plank in his campaign platform.

“One of the most significant issues constraining housing supply and production is the lack of available and affordable land, which is in large part driven by state and local zoning and land use laws and regulations that limit housing density,” states an announcement from the White House released May 16. “Exclusionary land use and zoning policies constrain land use, artificially inflate prices, perpetuate historical patterns of segregation, keep workers in lower productivity regions, and limit economic growth,” said the statement.

The federal government collected $4.1 trillion in tax revenue in fiscal year 2021, or $12,294 per person. During the same time the feds spent $6.8 trillion or $20,634 per person. Thirty-nine percent of federal spending was to state and local governments in the form of grants that help finance public services. The range of services these grants fund include health care, education, social services, infrastructure and public safety.

Under the Biden housing plan, the administration will use the threat of reducing federal funding to incent state and local jurisdictions to rewrite zoning and land-use policies to increase density.

The U.S. Economic Development Administration (EDA) presently evaluates grant applications in part by EDA’s environmentally sustainable development investment priorities, which already include infill development and will now add increasing density. Year to date, the Department of Transportation (DOT) has awarded close to $6 billion to grant applicants to those who have implemented higher density housing.

The proof is in the pudding

At present the Biden housing plan remains long on aspiration and short on detail. As it stands, the plan’s strategy is two-fold: pressure local governments to change zoning allowing for high-density and to make loans for affordable product more available. To this end the administration wants to promote mobile homes, which are less expensive than on-site construction. The administration is pushing for Fannie Mae to change what they will buy from banks, including writing new rules for chattel loans. These loans are primarily for mobile homes and tend to be shorter term and more costly that regular mortgages.

At this point it’s up to the White House staff and federal agencies to come up with the details of the order. The housing shortage has pressed against the well-being and productivity of the nation for over a decade. If the administration plan works, the nation is five years away from a solution.