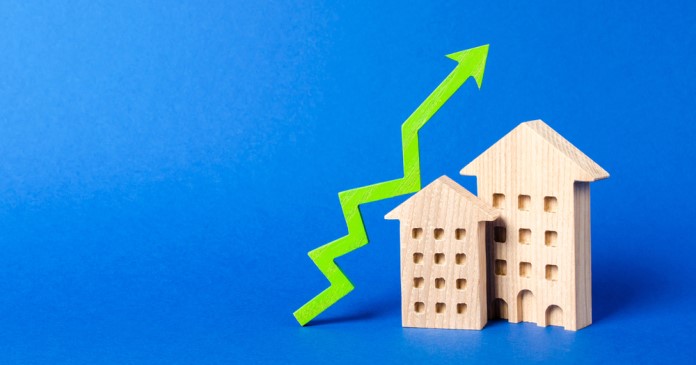 CoStar reported that multifamily property prices rose in April after slight declines in each of the 2 previous months.

The CoStar report focuses on a relative measure of property prices called the CoStar Commercial Repeat Sales Index (CCRSI). The index is computed based on the resale of properties whose earlier sales prices and sales dates are known. The index represents the relative change in the price of property over time rather than its absolute price. CoStar identified 1,826 repeat sale pairs in April for all property types. These sales pairs were used to calculate the results quoted here.

CoStar reported that its value-weighted index of multifamily property prices increased 21.8 percent, year-over-year, in April 2022. The index was up 1.4 percent month-over-month. 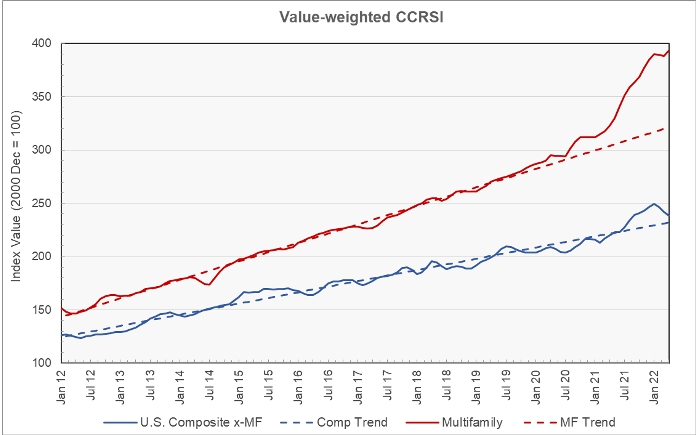 The chart shows that both indexes had remarkably steady growth in the years leading up to the pandemic. It also shows that the growth in multifamily property prices began to significantly exceed the trend line during the pandemic year of 2020 and that this divergence increased in 2021. 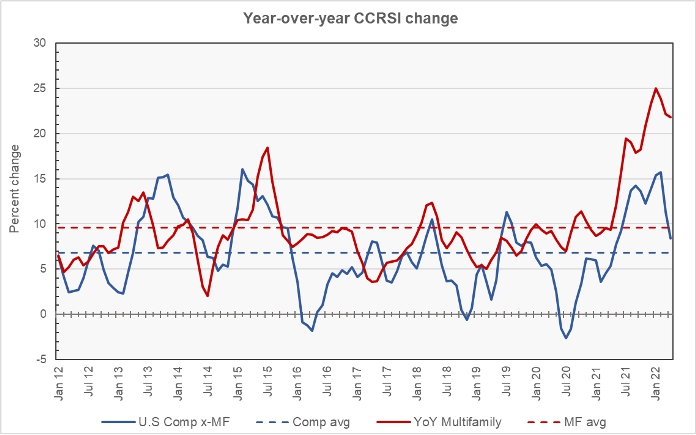 The annual increase in multifamily property prices has been 9.6 percent while that of other commercial property has been 6.8 percent. These rates of increase are slightly less than those reported by Real Capital Analytics.

CoStar reported that number of repeat-sale transactions were down about 17 percent in April, falling 375 from March’s level. Transaction dollar volume was also down in the month, falling 22 percent to $14.8 billion. However, transacted prices remained high relative to asking prices at 95.3 percent, the highest level in 16 years. Average days-on-market remained relatively low at 210 days. Both of these latter metrics are signs of good market liquidity.

The full report discusses all commercial property types, but detailed data on each of the property types and regional data are only reported quarterly and so are not included in this month’s report. While the CoStar report provides information on transaction volumes, it does not break out multifamily transactions. The latest CoStar report can be found here.