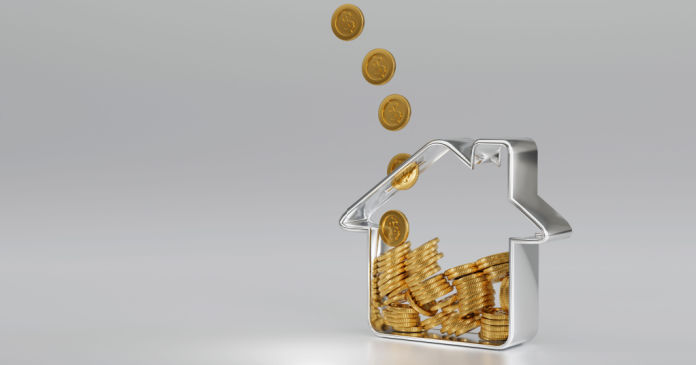 The latest rent report from Apartment List shows that the national average rent growth turned negative in September. Rents fell 0.2 percent month-over-month but still rose 7.5 percent year-over-year. The month-over-month decline was only the second time that this has happened in the last 21 months. The decline may indicate a return to a more normal rent growth cycle where rents rise in the spring and decline in the fall. 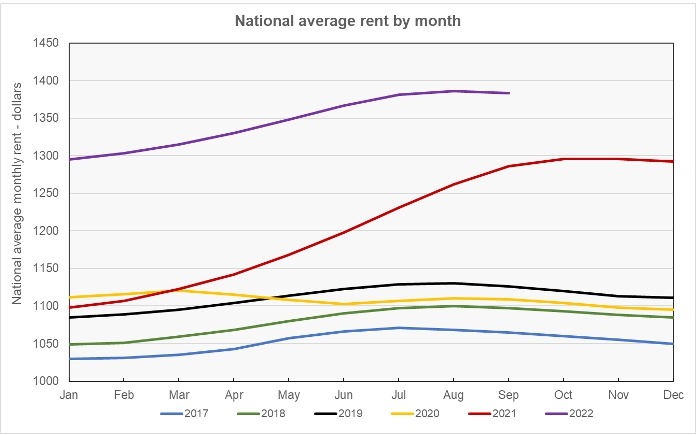 The next chart shows the month-over-month rent growth each year in the Apartment List data set. This month’s decline in the national average rent from the level of the month before is in line with the declines seen in the three years leading up to the pandemic. 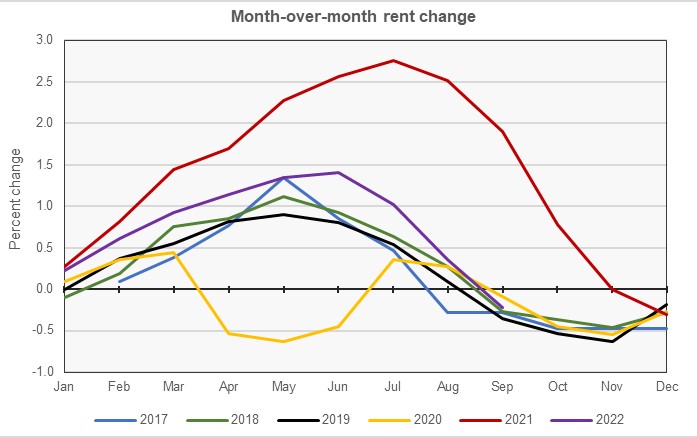 The history of rent changes for the last 4+ years is shown in the next chart, below, along with a projection of where rents would be if the pattern of growth that existed before the pandemic had continued. By this estimate, rents are now about $167 per month (14 percent) above where they would have been if they had followed the prior trend. 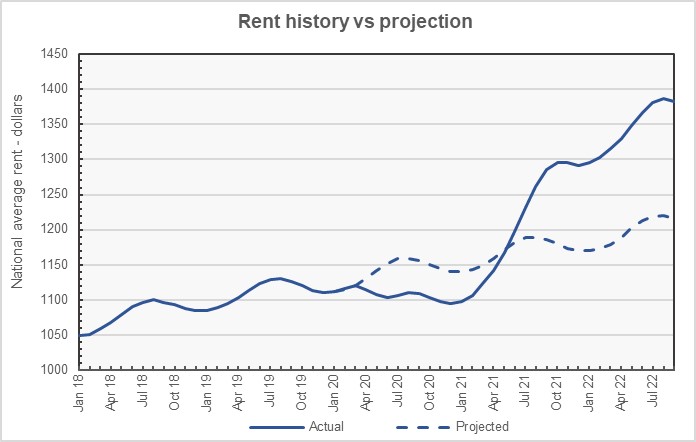 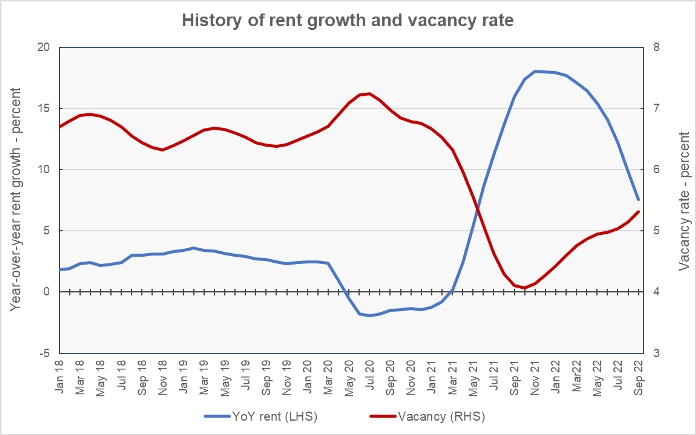 The first table shows the 10 metros with the largest annual rent percentage increases. While only one of the top ten metros for year-over-year rent growth saw its rents fall from July to August, all ten saw their rents fall month-over-month in September. In fact, of the 52 largest metros, 47 saw their rents decline in September.

The next table shows the 10 metros with the smallest annual rent increases. Virginia Beach was the only metro of this group that did not experience falling rents in September.