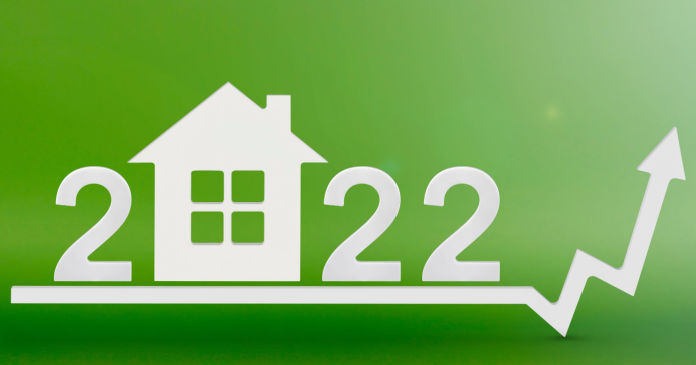 While the rate of growth in the housing price index is lower than some of the rates of rent growth being reported by industry sources, it is more consistent with a recent report from the Bureau of Labor Statistics which indicated that many tenants have not faced sharp rent increases recently.

The first chart, below, shows the history of the PCE price index since January 2013 along with key housing-related components of that index. The overall PCE housing plus utilities index covers housing cost inflation for both rental and owner-occupied housing as well as housing-related utility expense inflation. The chart also shows components of this index, including the rental housing price index, the imputed rent price index for owner-occupied housing and three categories of housing utility expenses. 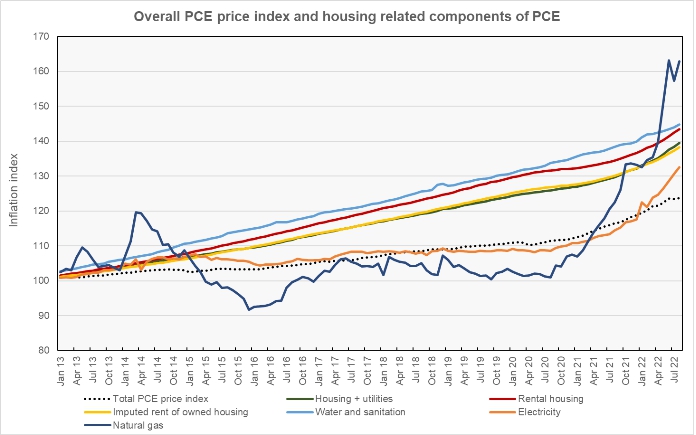 The chart shows that the overall PCE housing plus utilities price index closely tracks the index for imputed rent for owner-occupied housing. This is because 64 percent of U.S. housing spending goes to imputed rent for owner-occupied housing. While utility expenses have been volatile, housing utility expenses represent only about 15 percent of total housing plus utilities expense, so the effect of this expense volatility is muted.

The next chart shows the year-over-year change in the overall PCE price index and in some of its housing related components. Price index changes for gas and electricity were left out of this chart because their volatility would have required a much broader scale which would have made the changes in the more important indexes difficult to see. 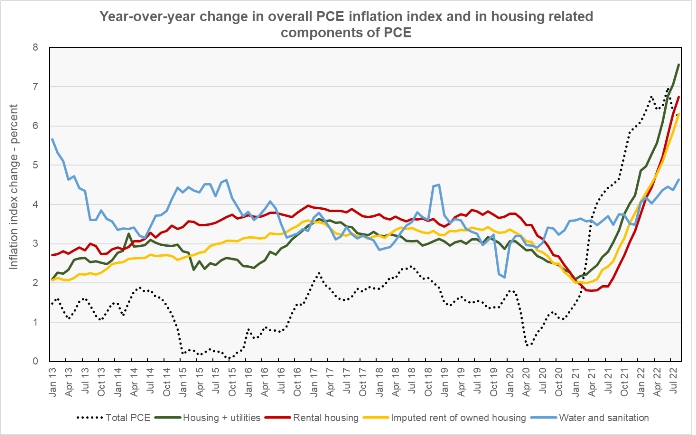 The full report from the BEA is available here.