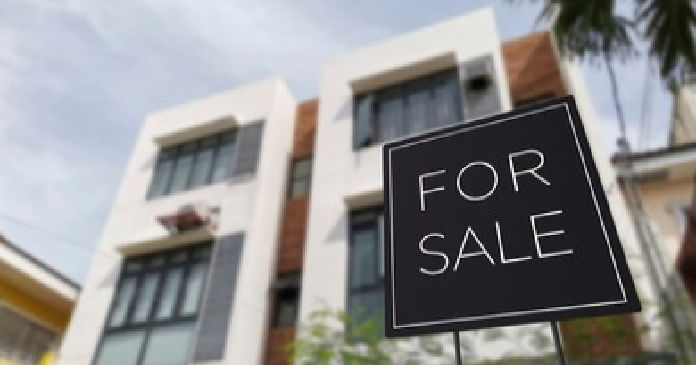 CoStar reported that its value-weighted index of multifamily property prices was down 1.4 percent month-over-month in October, the fourth monthly decline in a row. However, this index was still up 10.5 percent, year-over-year.

The value-weighted index of non-multifamily commercial property rose by 2.8 percent, year-over-year, in October. This index rose 0.1 percent month-over-month. The other commercial property types tracked by CoStar are office, retail, industrial and hospitality. 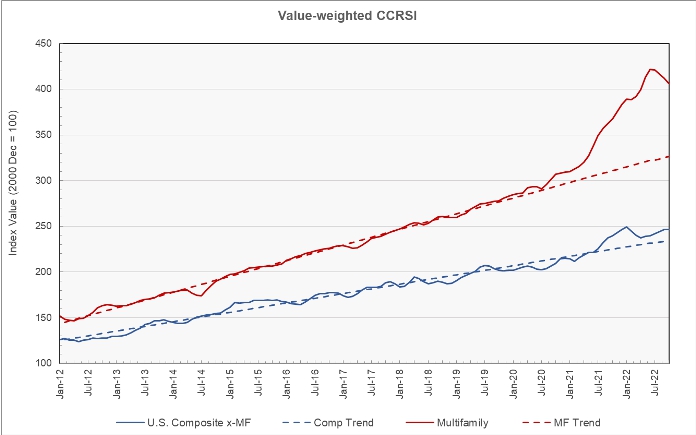 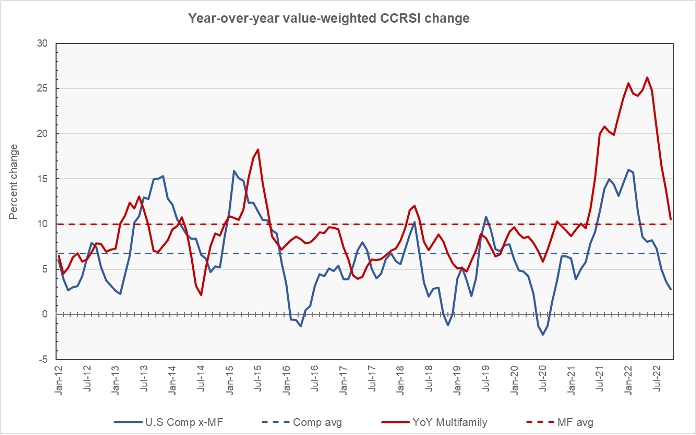 For comparison, MSCI Real Capital Analytics reports that the average annual increase in multifamily property prices has been 11.1 percent while that of other commercial property has been 8.4 percent.

The following chart gives a history of the last 6 months of reports for the number of transactions for each month since May. Looking at the group of 6 vertical bars for May, the leftmost bar shows the number of transactions first reported for May in the CoStar CCRSI report issued in June. Each subsequent bar shows how the number was revised in the following monthly reports. The rightmost of the bars for May shows the transaction count listed for that month in CoStar’s CCRSI report issued in November. 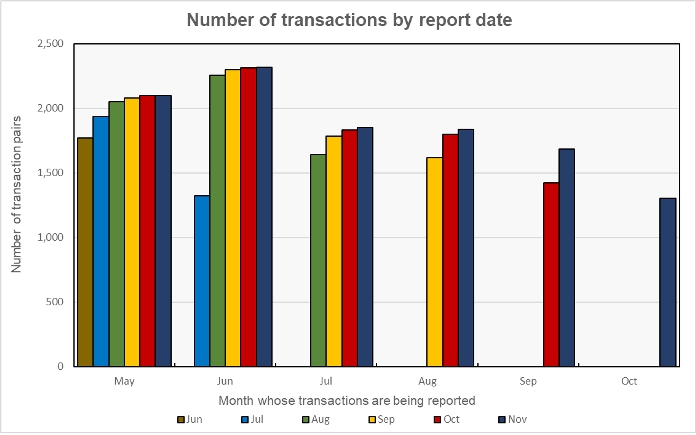 The CoStar report focuses on a relative measure of property prices called the CoStar Commercial Repeat Sales Index (CCRSI). The index is computed based on the resale of properties whose earlier sales prices and sales dates are known. The index represents the relative change in the price of property over time rather than its absolute price. CoStar identified 1,303 repeat sale pairs in October for all property types. These sales pairs were used to calculate the results quoted here.