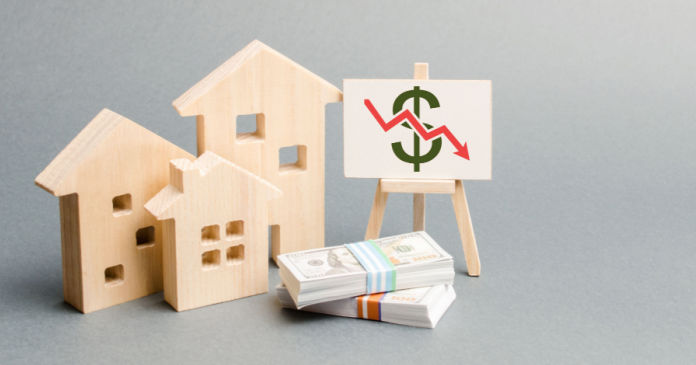 The first chart shows the history of the national average rent level since 2017. It is plotted year-by-year so that the annual change pattern is visible. The chart also shows the growth in the national average rent in 2022 through November. The chart shows that rents in 2022 are following the seasonal pattern of the pre-pandemic years, only more so. The increase in rents from January to July was larger than those seen from 2017 through 2019, but the late-year decline now being experienced is also steeper. 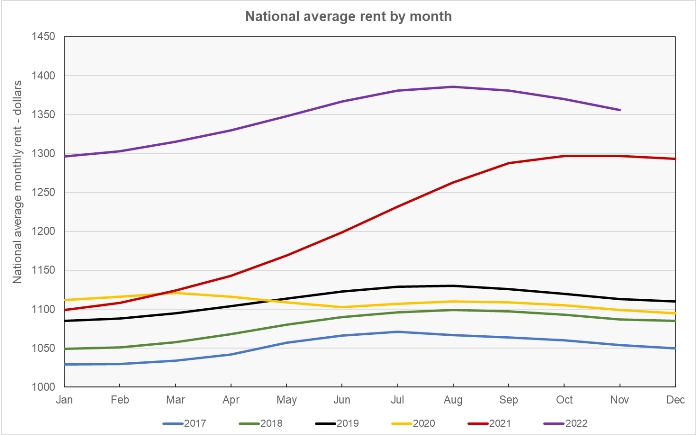 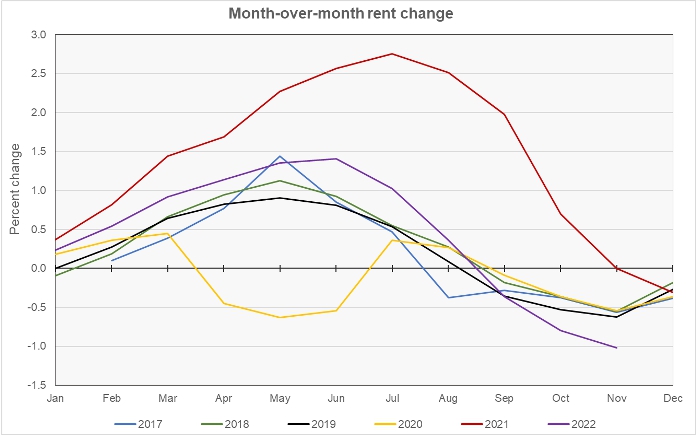 The final chart shows the year-over-year rate of rent growth since January 2018 plotted along with the national average apartment vacancy rate. It shows how rents and vacancies were impacted in the wake of the pandemic, first negatively and then positively. It also shows the recent trend of both rents and vacancies seeming to be returning to their pre-pandemic ranges. 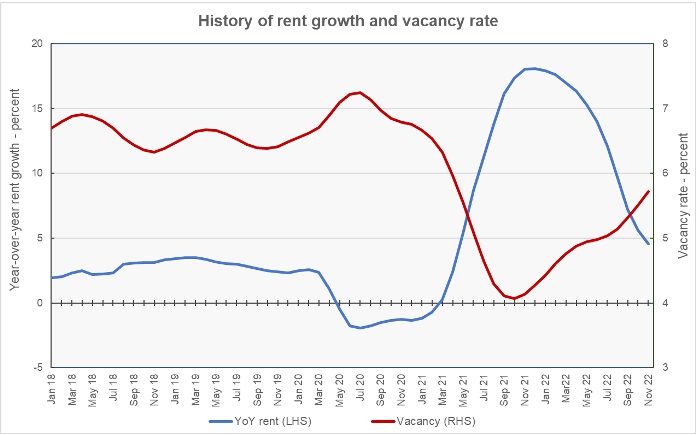 Apartment List provides the underlying data they collected in compiling their report and that data was used to create the tables, below. The tables look at the 50 most populous metropolitan statistical areas defined by the US Census Bureau and identify the top and bottom 10 metros for year-over-year rent growth. The tables provide the average monthly rent in the metro, the metro’s vacancy rate, the annual percentage change in rent (YoY Metro) along with the percentage change from the prior month’s rent level (MoM Metro). They also list the percentage change in rent for the metro area compared to the rent level in February 2020, right before the pandemic struck (Feb 20).

The first table shows the 10 metros with the largest annual rent percentage increases. Only one of the top ten metros for year-over-year rent growth, Indianapolis, saw its rents rise from October to November.

The next table shows the 10 metros with the smallest annual rent increases.