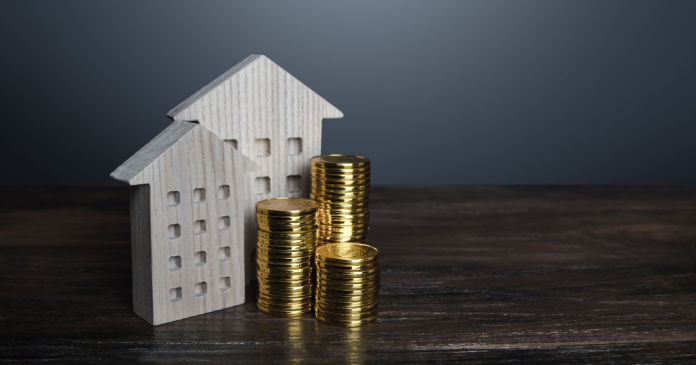 The first chart shows the history of the national average rent level since 2017. It is plotted year-by-year so that the annual change pattern is visible. The chart also shows the national average rent in 2022 through October. The chart shows the regular rise in rents in the years leading up to the pandemic and how different the pattern of rent growth has been since the pandemic’s start, with rents falling in 2020 but then rising at extraordinary rates in 2021. 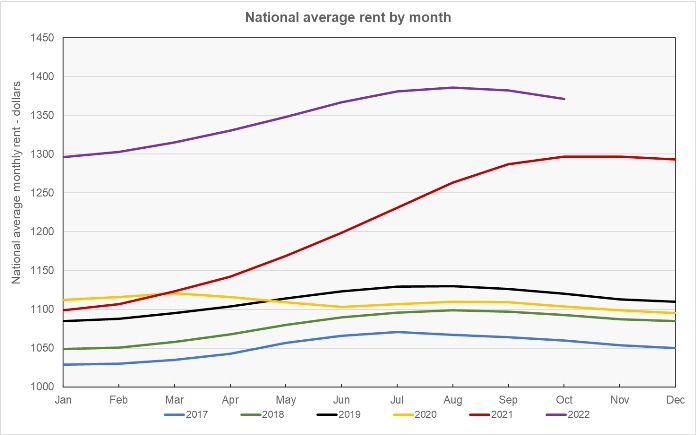 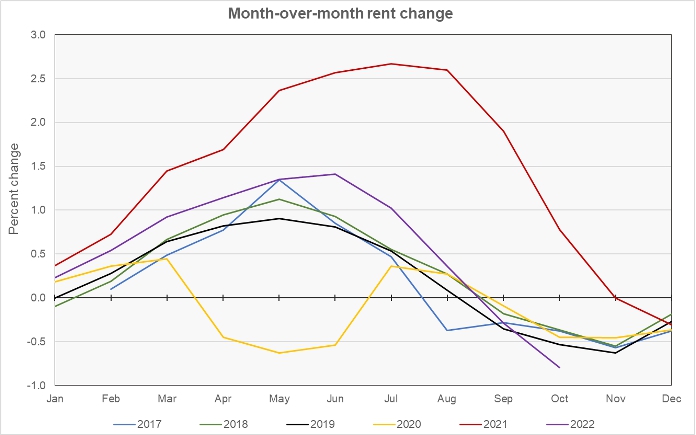 The history of rent changes for the last 4+ years is shown in the next chart, below, along with a projection of where rents would be if the pattern of growth that existed before the pandemic had continued*. By this estimate, rents are now about $159 per month (13 percent) above where they would have been if they had followed the prior trend. 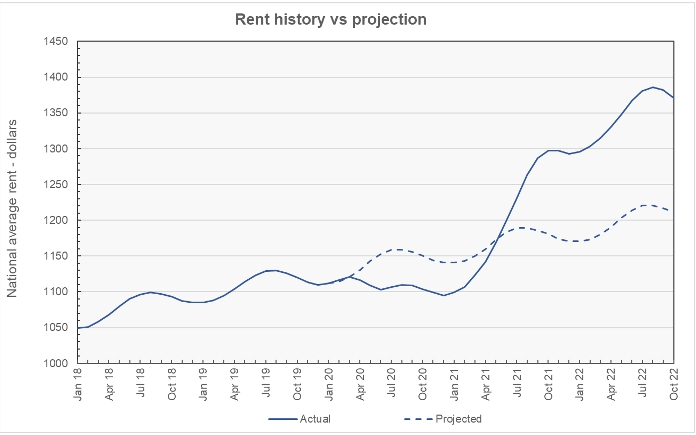 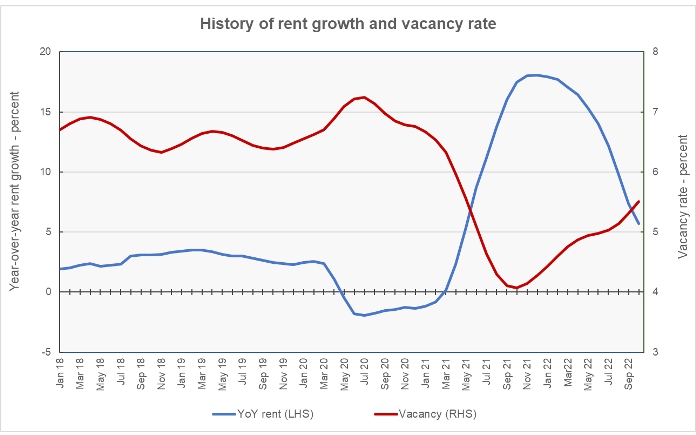 The first table shows the 10 metros with the largest annual rent growth by percentage. Only one of the top ten metros for year-over-year rent growth, St. Louis, saw its rents rise from September to October.  In fact, St. Louis was the only one of the 52 largest metros that saw rents rise month-over-month in October. It is also noteworthy that San Jose, one of the last metros to recover from the rent drops it experienced early in the pandemic, is now on the top ten list for fastest year-over-year rent growth.

The next table shows the 10 metros with the smallest annual rent increases. Interestingly, several of the metros on this list, like Las Vegas, Phoenix, Jacksonville and Riverside, are among the leaders in rent growth since the start of the pandemic. However, vacancies have risen by over two percentage points in each of these metros over the past 12 months, putting pressure on rents.

*The idea for this chart came from the folks at Apartment List.