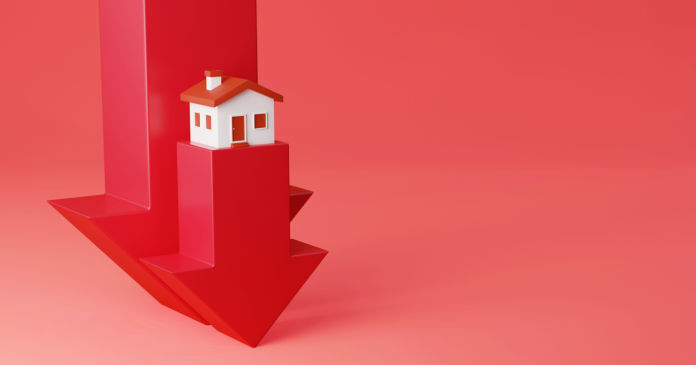 Multifamily leads, but not in a good way

The first chart, below, shows how the CPPI’s for all commercial property and for apartments have changed since January 2012. To simplify the comparison, both CPPI’s have been normalized to a value of 100 in January 2012. The chart shows that the price indexes first dipped and then surged in response to the COVID pandemic. However, prices for both property classes peaked in July 2022 and have been declining since then. 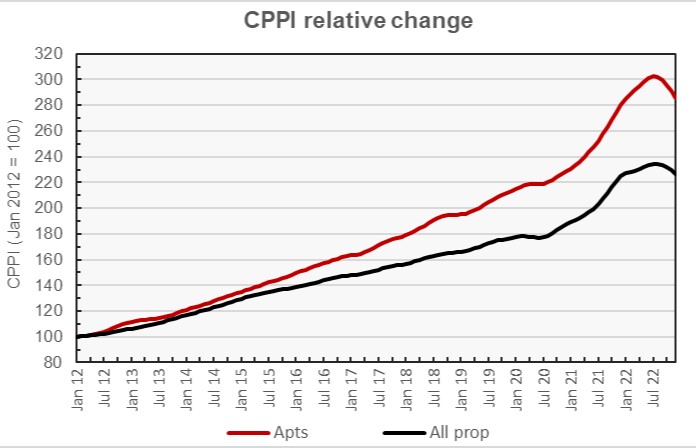 The next chart plots the year-over-year changes in the values of the CPPIs since January 2012 for all commercial property as a single asset class and for apartments. The chart shows that the year-over-year rate of price increases for both property classes peaked in February 2022 and is now on the verge of going negative. 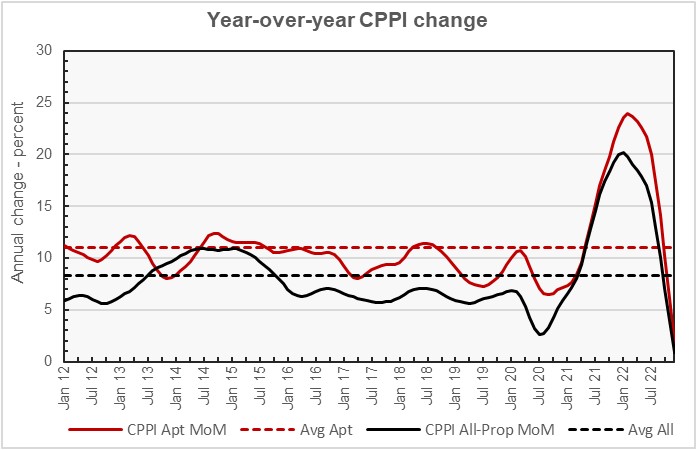 The MSCI report also includes information on sales momentum for certain commercial property segments. It breaks the multifamily segment into garden and mid-rise/high-rise segments. It found that sales volume was down for the two multifamily segments by 18 percent and 15 percent respectively. However, it found that the garden segment maintained positive price growth with a 4 percent rise year-over-year. In contrast, prices in the mid-rise/high-rise segment fell 3 percent year-over-year.

The next chart, below, plots the history of the price indexes since January 2012 for both market segments. It shows that the growth in the two price indexes was very similar until 2021 when commercial property price appreciation in the non-major markets became significantly higher than that in major markets, although prices also rose in the major metros. Currently, cumulative price appreciation in non-major markets since January 2012 is 16.8 percent higher than that in major metros. 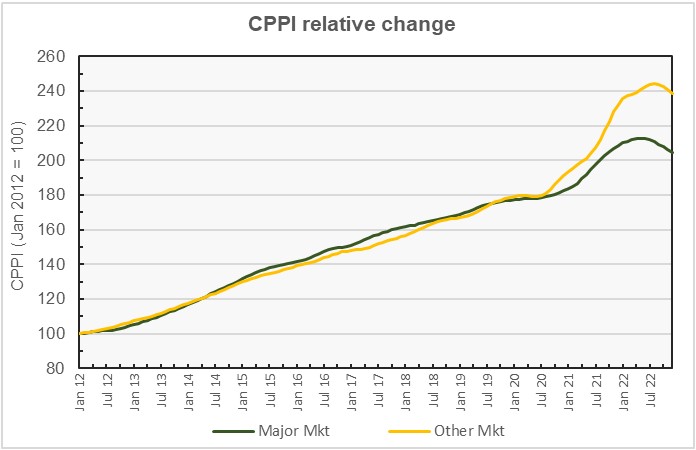 The final chart plots the history of the year-over-year change in the price indexes for the two property markets since January 2012 along with the average rates of price appreciation for the two market segments for the period between January 2012 and December 2019. 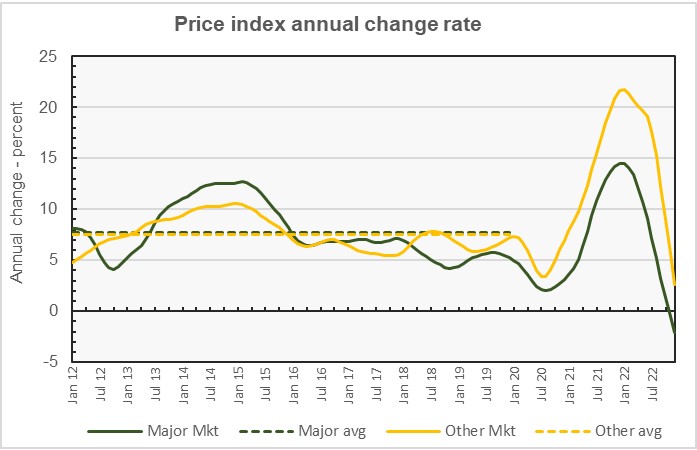