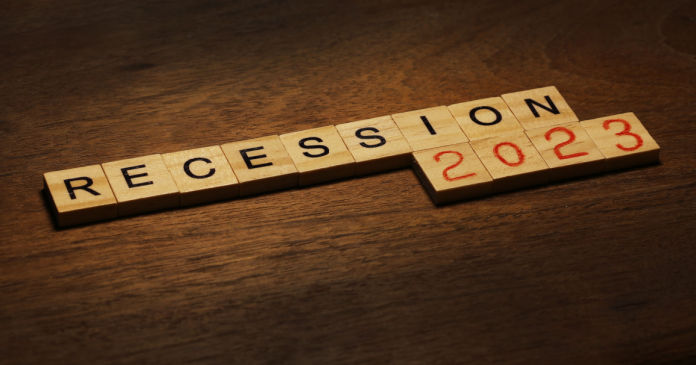 The forecast for single-family starts was revised lower for both 2023 and 2024. 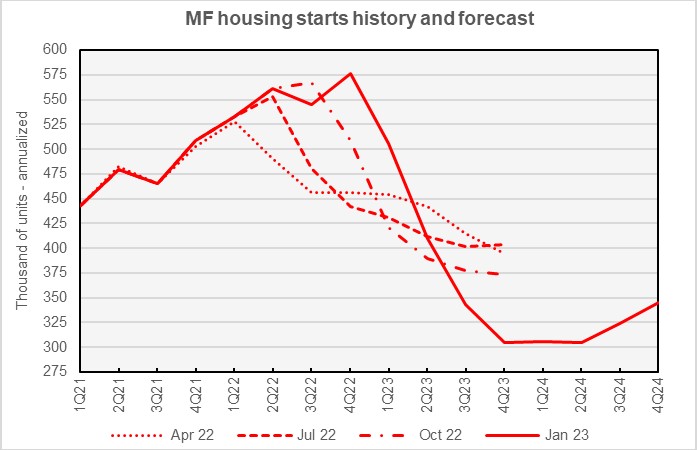 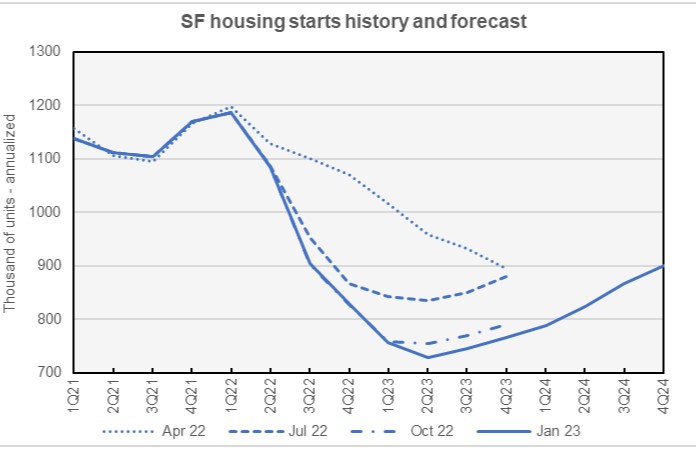 In the January 2023 forecast, Fannie Mae’s forecasters reduced their predicted numbers for single-family starts in every quarter of the forecast horizon. Consistent with last month’s estimate, they expect the low point in single-family housing starts to occur in Q2 2023, although they revised their starts forecast for that quarter lower to a level of 728,000 units, annualized. Single-family starts are predicted to increase from that point, although by the fourth quarter of 2024 they are only expected to return to their level of Q3 2022.

The next chart, below, shows Fannie Mae’s current forecast for Gross Domestic Product (GDP) growth, along with three other recent forecasts. 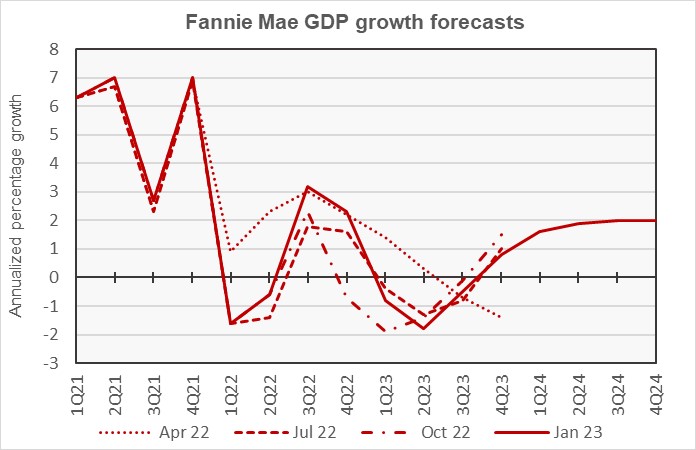 Fannie Mae’s forecasters have long been calling for a recession to occur in 2023, although their view as to its exact timing has changed from forecast to forecast. In the current forecast, they note that the economy was stronger than they had foreseen ending 2022. Because of this, they have shifted the timing of their expected downturn to later in 2023. The effect is for slightly lower anticipated growth in both 2023 and 2024 as the recovery is also delayed. 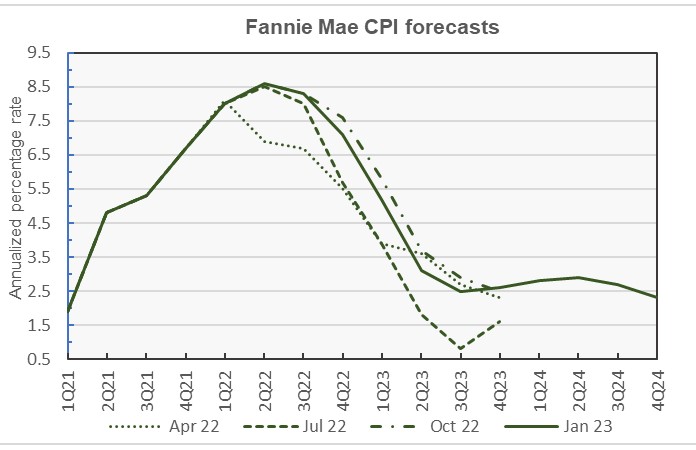 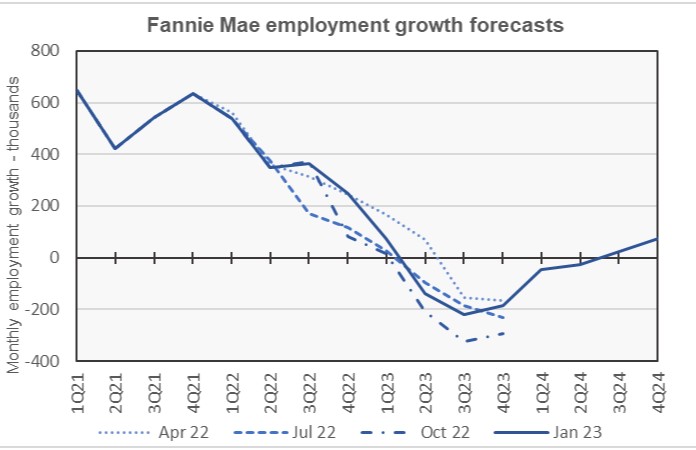 The delay predicted for the onset of the downturn also shows up in the employment numbers. Net job losses are still predicted to begin in Q2 2023, but the predicted losses are smaller than those called for in the last several monthly forecasts. However, job losses are expected to persist into Q2 2024, a quarter later than what was foreseen in earlier forecasts.

Commentary looks at multifamily outlook for 2023

This month’s Multifamily and Economic Market Commentary takes a broad look at the apartment business and where it is headed in 2023.

Part of the report uses data from RealPage to assess trends in the new supply and market absorption of units. It notes that absorption rates are down in the face of high expected supply, which will lead to rising vacancy rates next year. Vacancy rates are expected to rise from their current low levels into a range more consistent with historical averages. However, rising vacancy rates will likely lead to a rise in the use of concessions and in their size.

The commentary looks at several specific markets and estimates their apartment absorption based on job growth expectations and looks at the number of new units in the pipeline. Many markets with high job growth rates like Orlando, Miami, Jacksonville, Austin, Phoenix, Dallas and Salt Lake City are still expected to have more new supply over the next year than they are likely to absorb.

Multifamily property sales volumes reached record levels in early 2022 as buyers sought to act before interest rates rose even further. Sales are expected to be significantly lower in 2023. Cap rates are also expected to also rise driven by higher interest rates. Fannie Mae expects them to “increase above 5 percent”, up from an estimated current level of 4.7 percent.