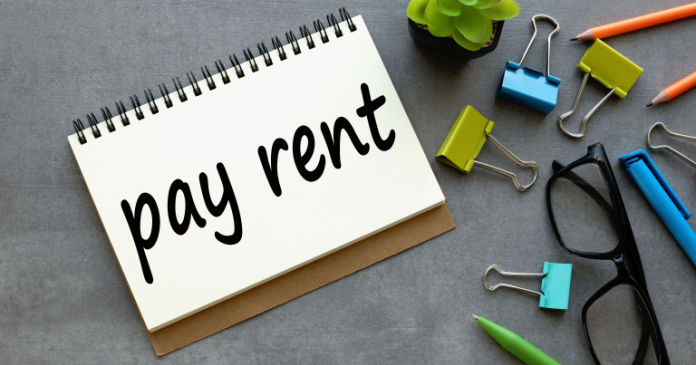 The “Week 52” edition of the Census Bureau’s Pulse Survey shows that the portion of renters who are behind on their rent payments fell slightly to 13.3 percent, down from the 13.7 percent reported in the “Week 51” survey.

Renters in all phases of the Pulse survey have been asked whether they are behind on their rent. The first chart, below, shows the portion of respondents who said that they were behind at the time they were surveyed. Note that the midpoint of the “Week 52” survey period was December 13, 134 weeks after the initial Pulse Survey. 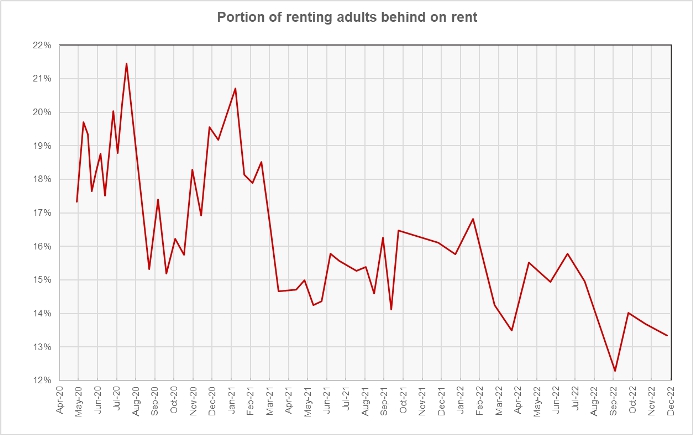 The portion of renters reporting that they were delinquent fell 0.3 percentage points between the Week 51 and Week 52 surveys, possibly assisted by the data collection occurring slightly later in the month. The small difference seen between the Week 51 and Week 52 results could also just be random variation caused by the relatively small sample size of the people surveyed. Still, the delinquency rates seen in recent surveys are down from the levels seen over the last 2 years. 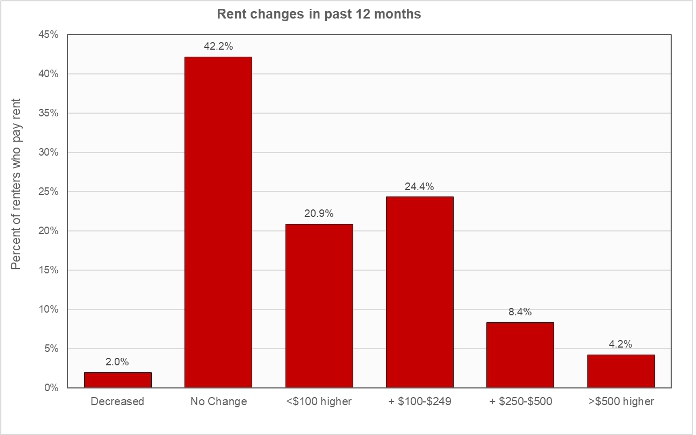 The next chart shows the distribution of rents paid by survey respondents. The data show that 38.5 percent of renters are paying less than $1,000 per month for their housing while 37.5 percent are paying more than $1,500. These figures compare to national average apartment rents of $1,344 from Apartment List and $1,715 from Yardi Matrix. 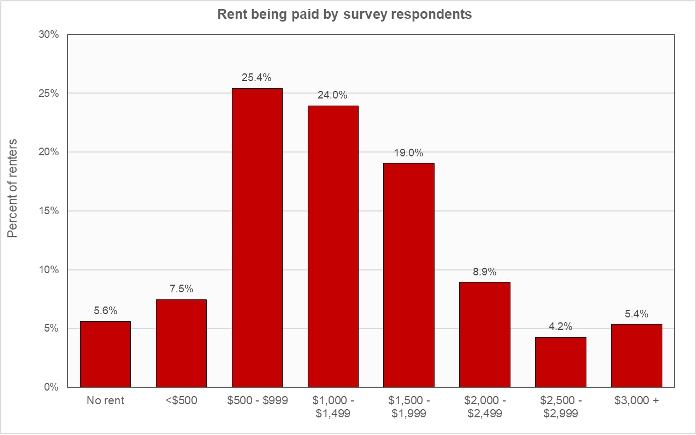 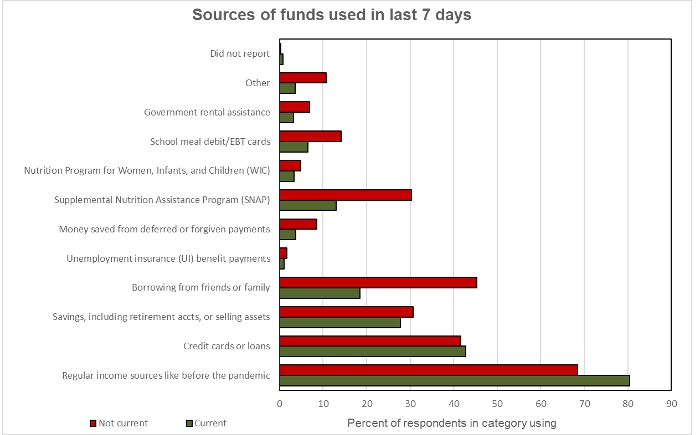 The Pulse Survey is an experimental program that the Census Bureau started shortly after economic shutdowns were imposed in response to COVID-19. It was designed to assess how the population of the country was faring under the economic stress caused by the reaction to the pandemic. The current survey, designated Week 52, is the first planned to be collected under what Census calls Phase 3.7 of the survey. With each new phase of the survey, Census modifies the set of questions being asked. For example, Phase 3.7 added questions about the impact of natural disasters on respondents’ lives and on Medicaid coverage. The renter portion of the survey covers renters of both multifamily and of single-family properties.