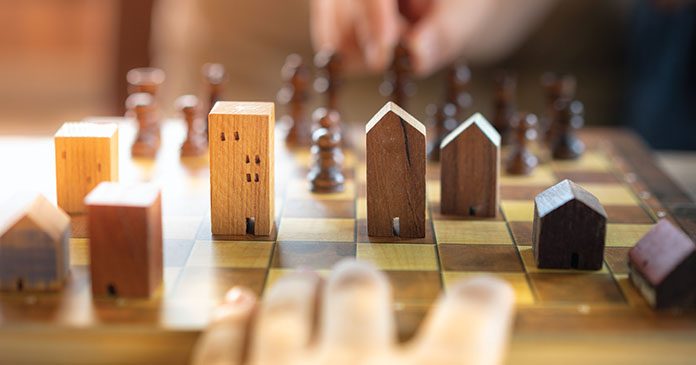 A new client contacted our property management firm unexpectedly a few years ago, needing help with close to 70 single-family homes in Springfield, Ohio. They were from upstate New York and had purchased these properties over a 24-month period through a buyer’s agent based in a county just north of ours. As far as I know, they never saw the properties before buying them. They had learned via the internet that Springfield had some of the cheapest housing stock in the nation, so they were confident in their purchases.

These owners were not the only ones enticed by our area’s “bargains.” I have worked locally with buyers from California, Washington and Canada as well. They all thought they were going to get rich quickly because the asking prices of houses here were a fraction of what property was selling for in their hometowns. They all bought their properties without consulting a local professional, and they all came to us after their business plans fell apart.

What these buyers had in common was that they all failed to consider the condition of the properties they were buying and the true cost of the initial rehab and ongoing upkeep and repair. They also consistently overestimated the amount of rent they could collect and the number of months each year they should expect to collect it. They did not necessarily overpay for their houses, but they overestimated their profit margins.

Almost all of these owners initially assumed they could manage their properties themselves from a distance, too. Lower- and moderately priced, scattered-lot single-family housing requires a hands-on approach to day-to-day operations, which managing from a distance does not allow.

To their credit, our clients from New York did hire a property manager to help them. But their mistake was initially hiring an unlicensed individual as their manager, and by the time we got involved, they had lost tens of thousands of dollars.

I have not yet bought a house for under $20,000 that did not require at least some repairs, and most require fairly extensive upgrades. The upgrades almost always involve big-ticket items like roofs and windows. Our out-of-state owner discovered this truth as well. Our new clients were introduced to a local contractor who started rehabbing the properties. Before long the contractor had volunteered to help find tenants, collect rent and do ongoing maintenance and repairs. This sounded like a terrific arrangement, and things went along just fine at first.

Things eventually fell apart because there was no tenant screening or selection process in place for new tenants. There were other reasons too, but this was the big one. By the time my firm got involved, barely half the properties were occupied, and the tenants in half of those were not paying rent and in need of eviction. The owners were understandably angry and frustrated. I am sure the manager, who was essentially a one-person operation, was feeling overwhelmed and taken advantage of as well.

A licensed property manager’s fiduciary responsibility is to you

While situations like these can cost a property owner a lot of money in rent, the real money-waster is in the cost of repairs and rehabs. While loyalty to a determined manger is admirable, make sure they are not the one doing the construction work. Not only will there be no competitive bidding going on, but the manager may be billing you, the owner, at a substantial mark-up — in addition to the compensation they’re earning as a percentage of the rent collected.

The unlicensed manager will be the only person making money on these houses. Somewhat unbelievably, we’ve even found instances where work was done on houses that should have been torn down—truly terrible, uninhabitable houses in very tough locations with new roofs on them. It’s hard to prove that the manger’s actions are fraudulent or criminal in a situation like this; the owners were, after all, paying them. They may be incompetent, but as the owner, you cannot support these actions.

It’s against the law

Under Ohio law, acting as a property manager without a license constitutes a first-degree misdemeanor and subjects the offender to a civil penalty of up to $1,000 per violation. Had the manger in our New York client’s case been reported to the Ohio Division of Real Estate, observed, charged, prosecuted and found guilty, he would have owed thousands of dollars in fines.

Fortunately for our owner, the story had a happy ending, but there are several lessons owners should learn from the situation.

The first is that you cannot manage property on your own from a distance. The second is that you need to have a set of basic standards for your property manager, including being licensed. You should at least spend the amount of time and effort to select a property manager that you would spend to qualify a new tenant. Remember, a good property manager will make you money far beyond the fee you will pay them.