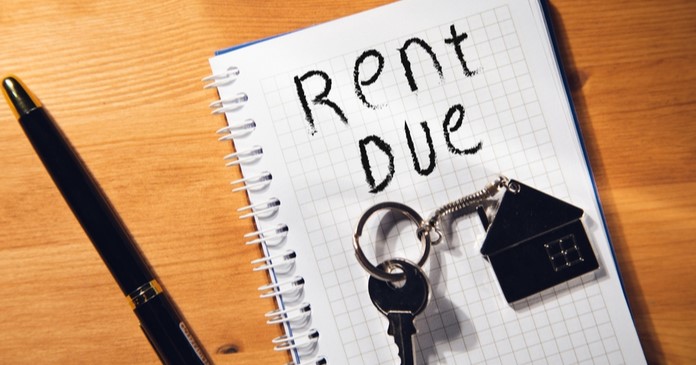 The “Week 44” edition of the Census Bureau’s Pulse Survey has been released. It shows that the portion of renters who are behind on their rent payments dropped slightly since we last reported on this survey and is now at the lowest level since the survey began almost 2 years ago.

The Pulse Survey is an experimental program that the Census Bureau started shortly after economic shutdowns were imposed in response to COVID-19. It was designed to assess how the population of the country was faring under the economic stress caused by the reaction to the pandemic. The current survey, designated Week 44, posed questions which are part of what Census calls Phase 3.4 of the survey.

The Week 44 survey collected data from March 30 to April 11. This is 4 weeks after the period in which the “Week 43” survey data was collected and 9 weeks after the last survey we reported on. The renter portion of the survey covers renters of both multifamily and of single-family properties.

Renters in all phases of the survey have been asked whether they are behind on their rent. While some say that they occupy their housing without paying rent and some did not report whether they are current on their payments, the majority of respondents answered the question Yes or No. The portion of respondents who pay rent saying that they are not current has varied from survey to survey. The first chart, below, shows the history of responses to this question. Note that the “Week 44” survey was taken 98 weeks after the initial Pulse Survey. 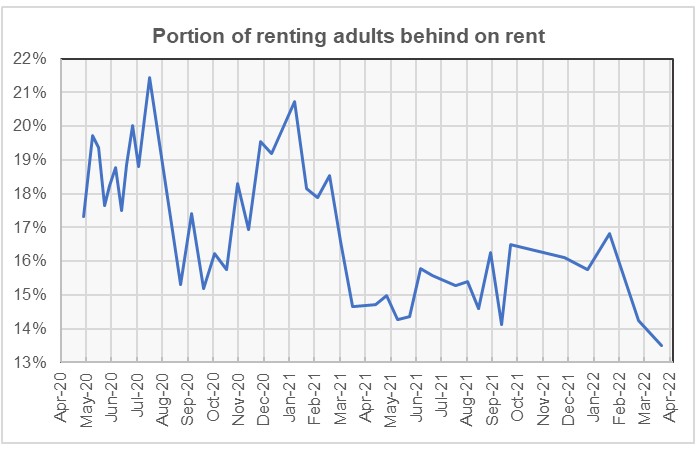 The chart shows that the portion of renters who are behind on their rent has remained relatively stable recently compared to the early days of the pandemic. The two most recent surveys have resulted in the portion of respondents saying that they are behind on their rent falling to the lowest levels seen in the survey. However, the response to this question varies from survey to survey so this result may not be repeated next month.

A new question introduced in Phase 3.3 asked whether the respondent had sought government assistance in paying their rent. A comparison of the responses in the “Week 42” survey and those in the “Week 44” survey taken 9 weeks later is illustrated in the next chart, below. 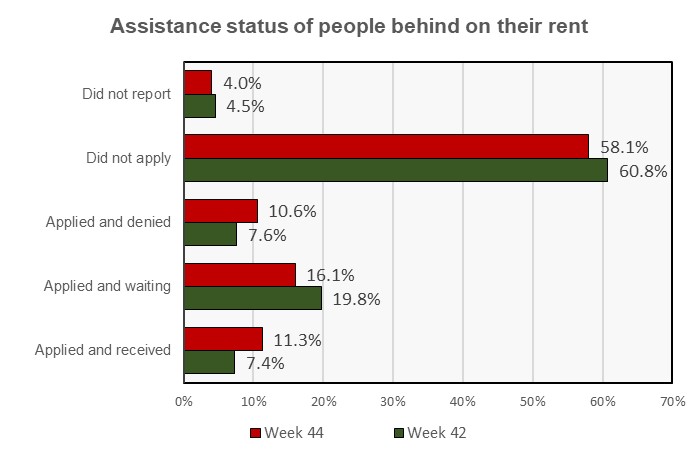 The chart shows the sorts of trends that one would expect. Over time, more of the people who are behind on their rent would be expected to apply for assistance. This is reflected in the declining portion of respondents who said that they have not applied. The chart also shows that a greater portion of the respondents have either received assistance or been told that they have been denied and that fewer respondents are waiting to hear one way or the other. However, all of these changes have been relatively small in size, indicating that the process of obtaining assistance is a slow one. 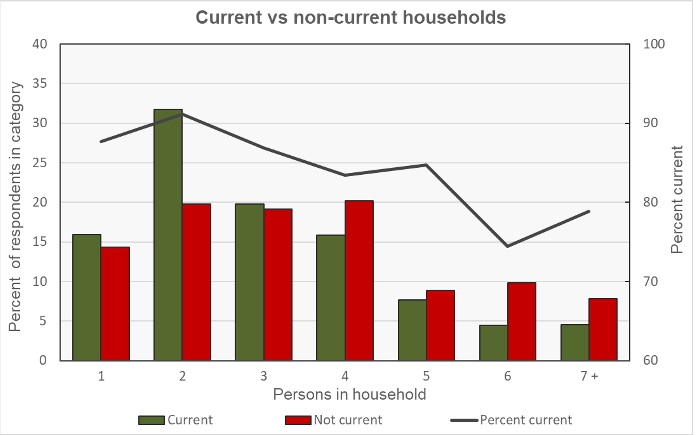 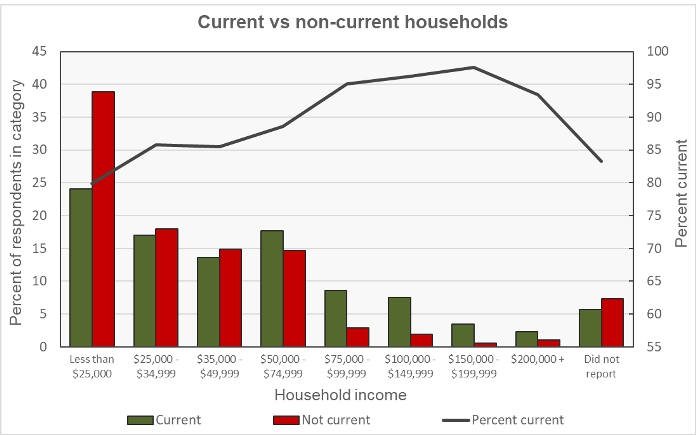 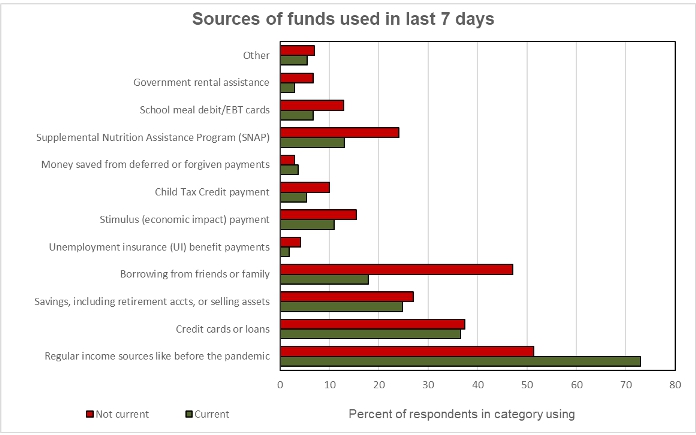