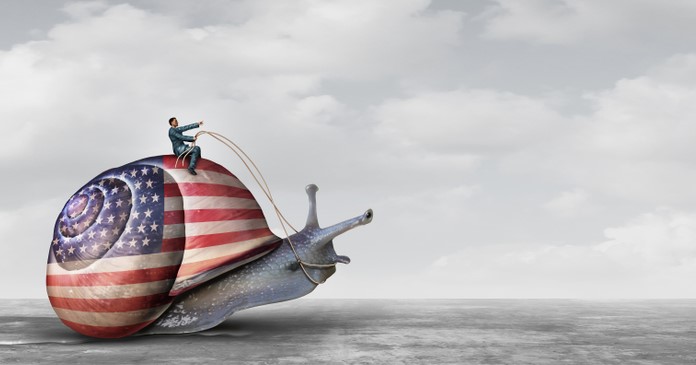 Fannie Mae’s latest economic forecast calls for lower GDP growth and higher inflation in 2022 than in earlier forecasts. Their new housing forecast predicts multifamily housing starts to be higher in 2022 but lower in 2023 than did previous forecasts.

Housing: multifamily up, single-family down 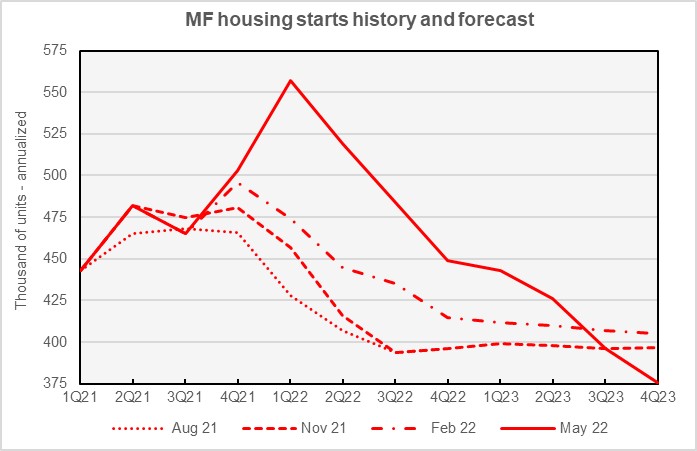 The current forecast for single-family housing starts is shown in the next chart, below, along with three other recent forecasts. The chart highlights the impact that the current expectation for rising interest rates and declining economic growth are anticipated to have on the production of single-family homes. 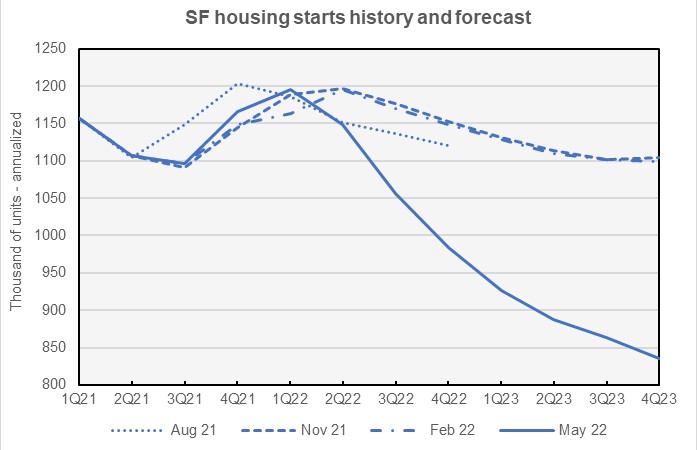 Inflation forecast to be higher for longer

The next chart, below, shows Fannie Mae’s current forecast for the Consumer Price Index (CPI), along with three other recent economic forecasts for the CPI. 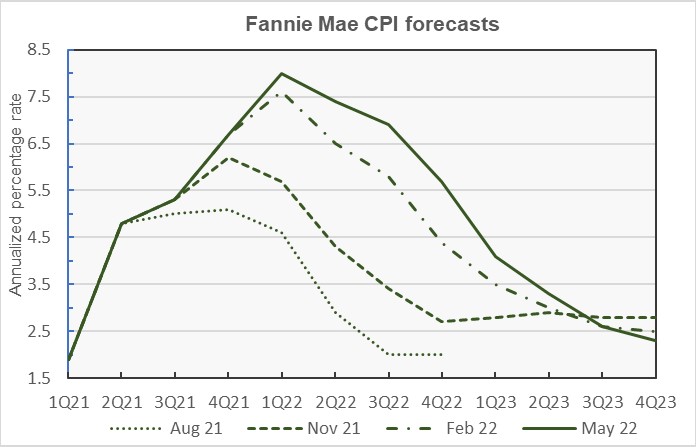 The chart shows that forecasters have repeatedly underestimated both the height and the duration of the inflation that broke out in 2Q 2021. Their forecast again projects that inflation has peaked and will be brought under control by the end of 2023.

In this month’s forecast, Fannie Mae raised their inflation rate projections for the next 4 quarters and also raised the overall expected inflation rate for 2022 from 5.5 percent forecast last month to 5.7 percent.

The next chart, below, shows Fannie Mae’s current forecast for the growth in Gross Domestic Product (GDP), along with three other recent economic forecasts for GDP.

Downward pressure on GDP growth is being applied by many of the same factors applying upward pressure on inflation, including supply chain disruptions and labor shortages.

While Fannie Mae had expected an economic slowdown in Q1, negative GDP growth was not expected. The Q1 results caused Fannie Mae to lower their outlook for GDP in each of the next 4 quarters. For the year 2022 as a whole, the GDP growth forecast was revised downward from 2.1 percent to 1.3 percent.

The full-year forecast for GDP growth in 2023 was left unchanged at -0.1 percent, with negative growth in each of the last two quarters of the year.

The final chart, below, shows Fannie Mae’s current forecast for the growth in employment, along with three other recent economic forecasts for employment growth. The current forecast predicts lower growth in employment for every quarter through the end of 2023 than did last month’s forecast. Fannie Mae now expects the economy to create 500,000 fewer jobs in 2022 than they predicted last month and they expect that the economy will lose 800,000 jobs in 2023 as it goes into recession. 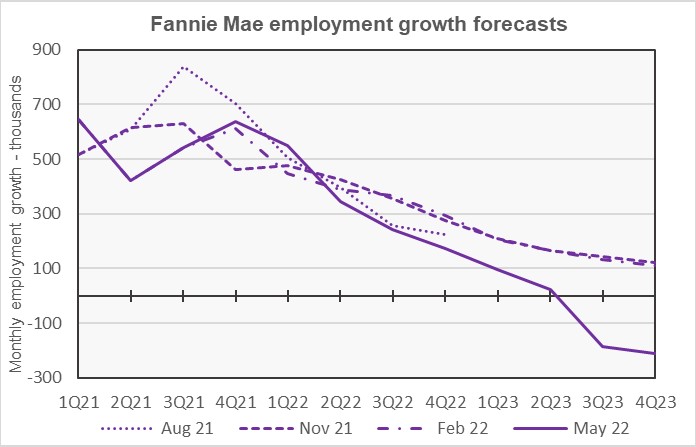 The Multifamily Economic and Market Commentary for this month focused on the relentless rise in construction costs over the past two years. It is more of a recap of where we have been than a look into the future, but it concludes that, with inflation spreading in the economy, “Even though supply chain disruptions appear to be improving, elevated prices are likely here to stay.”