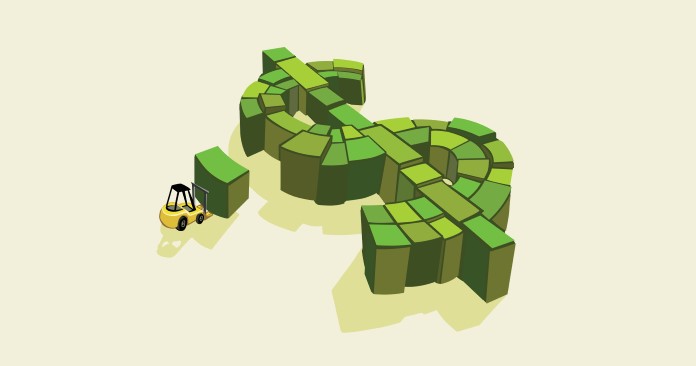 The shares of multifamily mortgage debt held by various classes of mortgage suppliers are shown in the first chart, below. 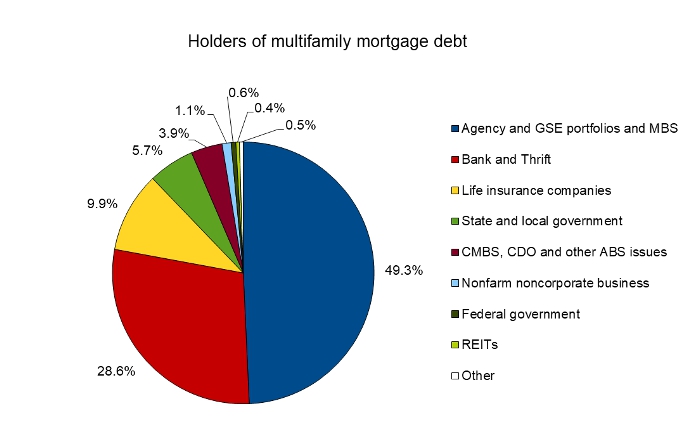 Of the increase in multifamily mortgage debt outstanding in the quarter, $9.5 billion, was held by “Agency and GSE portfolios and MBS”. These are agencies, like the Federal Housing Administration and Government Sponsored Enterprises (GSEs) like Fannie Mae and Freddie Mac, who buy up mortgages and sell some of the debt as Mortgage-Backed Securities (MBS). At the end of Q1, the GSEs’ holdings of multifamily mortgages fell to 49.3 percent of the total outstanding. The GSEs had held as much as 50.1 percent of this debt in Q1 2021.

State and local governments held 5.7 percent of outstanding multifamily mortgage debt at the end of Q4. They reduced their holdings by $574 million to a total of $105.5 billion at the end of the quarter. 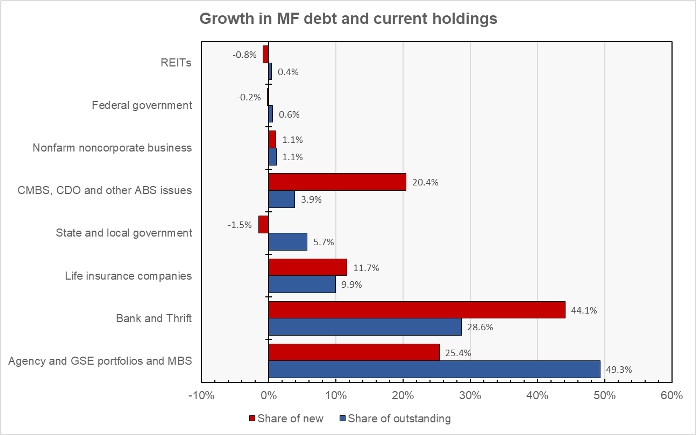 The chart shows that the two biggest holder of multifamily mortgages had shares moving in opposite directions in Q1. The GSEs’ net holdings increased at only half the rate of their current holdings while banks’ holdings grew at a much faster rate than their current level of holdings. The MBA report shows that as recently as 2006, the multifamily mortgage holdings of banks and of the GSEs were nearly the same. If banks continued to increase their holdings by the same differential over the increase of the GSEs as in Q1, it would take more than 13 years for their levels of holdings to once again be the same.

For the second quarter in a row, the net increase in mortgage holdings by CMBS, CDO and other ABS greatly exceeded their current share. However, as recently as Q4 2020, these lenders were reducing their holdings of multifamily mortgages.