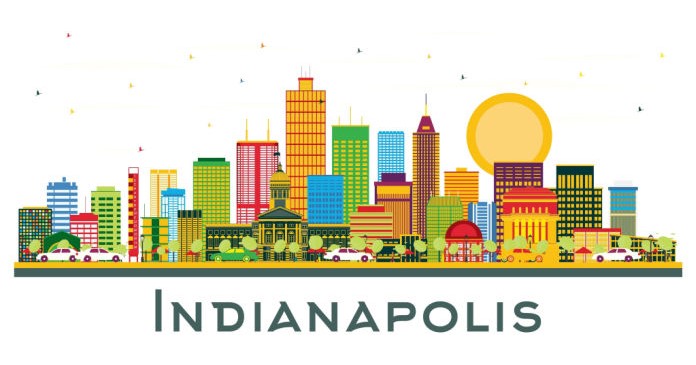 The national average asking apartment rent was up 8.2 percent in October from its year-earlier level. This rate of increase was down 1.2 percentage points from that reported last month. This was the eighth month in succession with a declining rate of year-over-year growth in asking rents.

Transacted rent growth for leases that were renewed was 10.9 percent in September. The national average lease renewal rate was 60.2 percent. 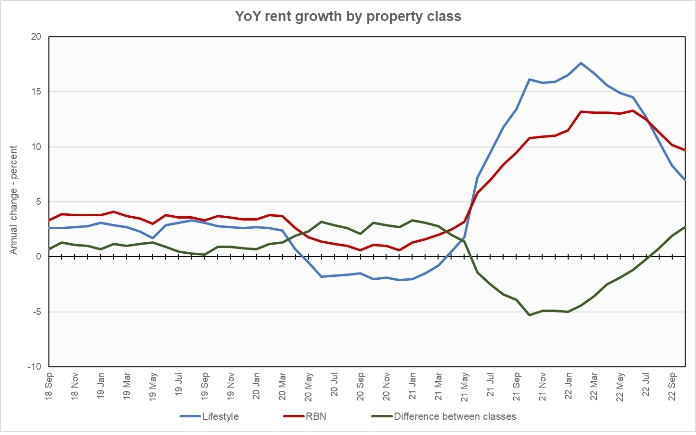 The chart shows that year-over-year growth in asking rents for both classes of property are declining but remain well above their pre-pandemic levels. The more rapid decline in the rate of rent increases for lifestyle properties has caused the difference in their growth rates to grow to well above the pre-pandemic norm, if not yet to the highs it reached in the first year of the pandemic.

Yardi Matrix also reported that single-family rental (SFR) rents were unchanged from the revised level of the month before at $2,088 per month. The year-over-year rent growth rate fell to 6.6 percent. The national occupancy rate for single-family rentals was strong at 96.1 percent in September. However, this was down 1.3 percentage points from its level one year ago.

Of the top 30 metros by population, the ones with the largest annual apartment rent increases as ranked by Yardi Matrix are given in the table, below, along with their annual percentage rent changes, overall rent to income ratio, rent growth for renewed leases and renewal rate for the month. The data on asking rent growth is for October. The other data is for September.

The discussion section of this month’s report talks about where investors might allocate their capital in an environment of high interest rates and economic uncertainty. It suggests lending to property owners as an option. Mortgage loans in the senior part of the capital stack currently have coupons in the 6 percent range while loans providing gap capital are fetching rates of 12 to 15 percent.