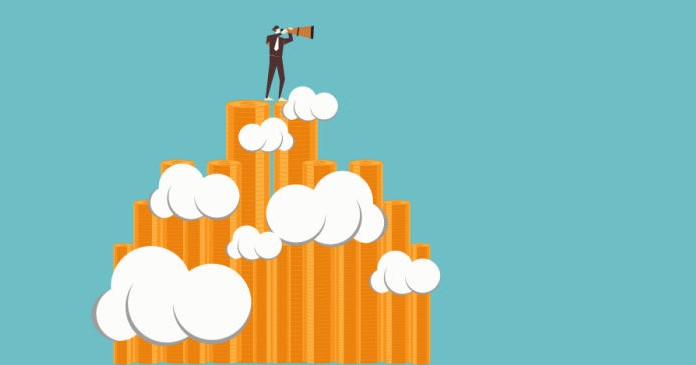 The Mortgage Bankers’ Association (MBA) recently released its Q2 2022 quarterly databook. It contains some data that has been previously discussed here and here, but it also includes new forecasts for key economic metrics through 2024. 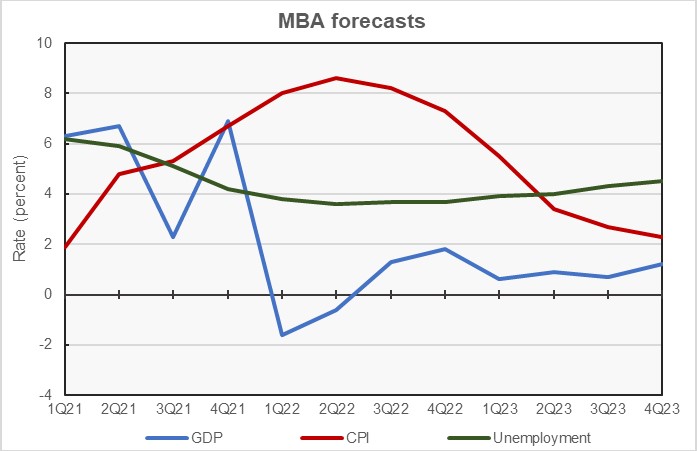 The MBA forecast calls for GDP growth to recover from its drops in Q1 and Q2, returning to positive growth in Q3. While it sees economic growth slowing significantly in late 2023, it sees growth remaining positive throughout that year. The MBA’s relative optimism leaves Fannie Mae’s forecasters as being the most pessimistic on the prospects for the economy in 2023. Unfortunately, their relative pessimism has so far made their forecasts closer to the mark than other forecasts.

As in the last report, the outlook for inflation as measured by the Consumer Price Index (CPI) is for year-over-year price increases to crest in Q2 and then to slowly fall. However, the peak of the crest is now expected to be higher and the decline from the peak is expected to take longer than was forecast last quarter. The MBA predicts that inflation will return to the Fed’s target of 2 percent only late in 2024.

The Q2 report calls for the unemployment rate to continue to fall through the middle of 2022 but to rise starting in Q3 2020 as the economy reacts to higher interest rates. Unemployment now is expected to be 4.2 percent in 2023, up from the 3.7 percent forecast last quarter. It is now expected to rise to 4.9 percent in 2024, compared to the 4.3 percent forecast in last quarter’s databook. 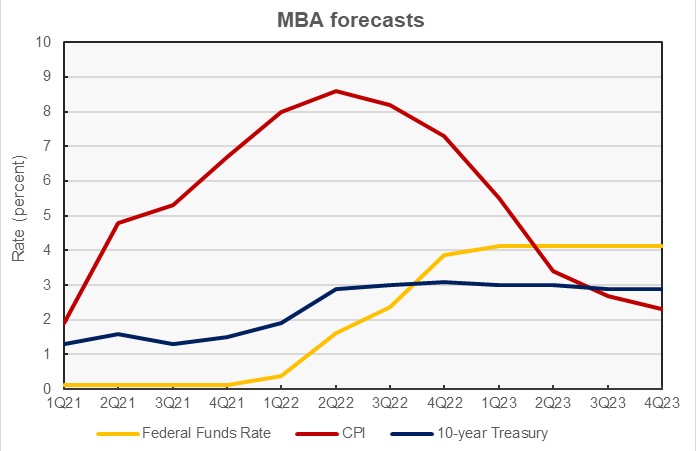 The chart shows that a rate inversion between the 10-year Treasury and the Fed Funds rate is now expected to occur by Q4 2022. The previous forecast had projected this occurring two quarters later. This yield curve inversion is expected to be sustained for more than a year. This inversion is often a precursor to a recession, although the forecast in the databook does not actually project that a recession will occur.

The report also includes historical data on closely tracked industry metrics. These are shown in the next chart, below. The data are plotted on different scales so that the relations between the changes in the metrics are more visible. The most recent data on these metrics is for Q2 2022. Other sources for similar data report their results monthly, so the MBA’s data is less current. However, it is interesting to note differences between the data sources. 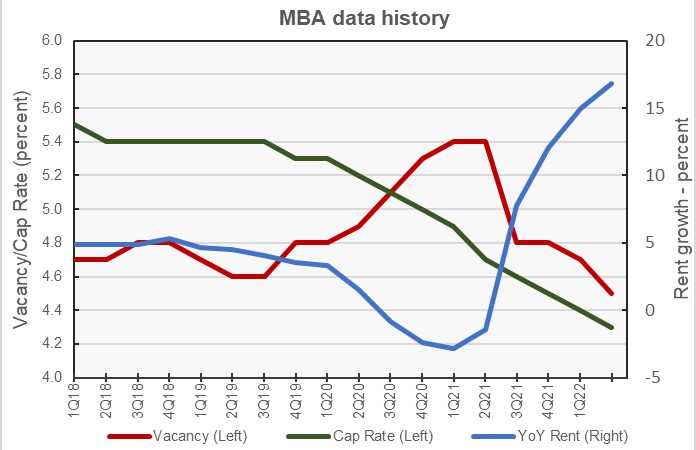 The chart also shows that the cap rate for multifamily property continuing to trend lower over the past 5 years, with no sign yet that it is moving higher in response to the environment of higher interest rates.