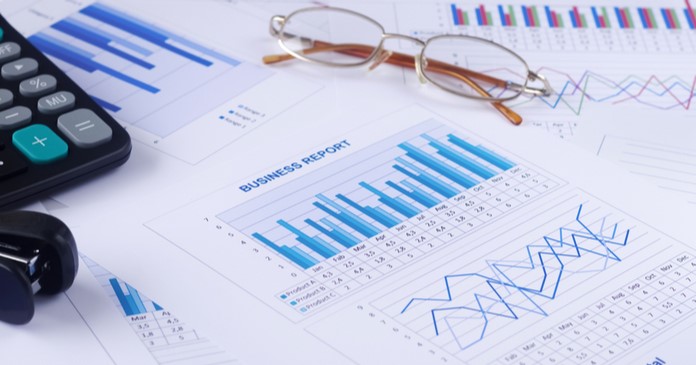 Intergra Realty Resources (IRR) released its Viewpoint 2022 report on the CRE market. The report states that the economy has strong momentum going into 2022, but that the markets may not be adequately pricing risk.

The report recaps what the commercial real estate market has been through since COVID and its remarkably strong performance in 2021. Many of the trends cited in the report, such as the rise in commercial property prices, the rapid rise in rents and the moderating of GDP growth will be familiar to Yield Pro readers. However, the report includes unique perspectives and several interesting observations.

The report takes a positive view of the unprecedented levels of government spending which occurred in response to the pandemic. The report credits the American Rescue Plan (ARP), passed in early 2021, with forestalling a double-dip recession and creating strong momentum going into 2022. However, a double-dip recession was not widely forecast at the end of 2020.

The infrastructure bill passed late in 2021 also came in for praise for providing needed repairs to existing infrastructure and for creating positive conditions for economic growth, including for the CRE market.

The inflation that has hit the economy was labeled an “epiphenomenon”, rather than a subject of primary concern. The report acknowledged that demand-pull inflation was occurring due to all of the money injected into the economy but suggested that this represented only a fraction of the inflation now being seen. It also posited that the inflation we are seeing is an indication that the money being distributed was having the desired effect of supporting consumer spending during the dislocations resulting from the pandemic. The report does suggest that inflation in asset prices, including both housing and stocks, raises the risk of a market correction and that this risk may not be adequately reflected in current CRE market prices.

The report asserts that COVID remains the top problem for the economy. It projects that total U.S. deaths due to COVID will surpass the 1 million-mark in 2022.

One fallout from the continuing pandemic is that employees have health anxieties which will impact their willingness to return to the office. The high number of job openings relative to unemployed people allows employees to be selective about the jobs that they will accept. This choosiness may impact when the economy finally recovers the jobs lost in response to the pandemic, although the writers of the report believe that projections that this will not happen until 2024 are overly pessimistic.

Migration from cities was a big story in 2020, but it slowed markedly in 2021. The report projects that the flight from the urban core will be a short-term change.

The report defined the CRE market business cycle as going through the following phases: expansion > hypersupply > recession > recovery > expansion. It asserted that most cities are currently in the recovery or expansion phases. Of the 54 cities it covered, the report estimated that only 7 cities are in the hypersupply phase. They are Cleveland, Denver, Syracuse, Birmingham, Charleston, Philadelphia and San Francisco. Only one city was judged to be in the recession phase, Oakland, Calif.

Permits and starts for new multifamily housing were both up 50 percent or more as of mid-2021, indicating that the construction market is responding to strong demand for rental housing. The Mortgage Bankers Association reports that all of the major funding sources are raising their levels of mortgage commitments to support this growth.